END_OF_DOCUMENT_TOKEN_TO_BE_REPLACED

by Charles A. Lindbergh (pictured)

EDITOR’S NOTE: This piece is the second in a series of articles which will illustrate some of the earlier intimations, in the works of other writers and thinkers, of the central ideas of Dr. William Pierce’s philosophy, Cosmotheism.

Here the great aviator, scientist, and patriot Charles Lindbergh speaks of the advancement of man on the eve of our race’s first steps on another world in 1969; he hints at a higher type of man whose dawn may be seen if we can “contrive a new process of evolutionary selection,” and speaks of an awareness that our lives — and even Life itself — may only be way stations on a journey of increasing consciousness, the next stage of which even our best minds cannot yet imagine. — Kevin Alfred Strom.

AVIATION AND ASTRONAUTICS were once my prime interests. As a student pilot, at the age of 20, when aviation was much more dangerous than it is today, I concluded that if I could fly for ten years before being killed in a crash, I would be willing to trade an ordinary lifetime for that experience. In the ’30s, I assisted Robert Goddard, the father of spatial conquests. Standing with him on New Mexico plains at the foot of his converted-windmill launching tower, it seemed to me that the greatest adventure man could have would be to travel out through space.

END_OF_DOCUMENT_TOKEN_TO_BE_REPLACED

EDITOR’S NOTE: R. G. Fowler published the following extracts from Savitri Devi’s Defiance under the title “The Superman: The Purpose of the Universe, the Meaning of Life.” I am reprinting it here because of the resemblance to William Pierce’s philosophy of Cosmotheism.

“MY FIRM conviction. . . is that the highest purpose of life is to forward the growth of a superior humanity, whose role is to rule a healthy world. No means are too ruthless that can bring us nearer to that goal.” (ILLUSTRATION: Savitri Devi in 1925)

“The divinely ordained differences, expression of the impersonal will of the Sun, can only be maintained, nay, increased, according to the highest purpose of Creation which is to evolve perfect types, if each race is maintained pure,” said I. “And that is why, knowingly or unknowingly echoing the wisdom of ages, a great German of today, a close collaborator of the Führer has written: ‘Only in pure blood does God abide’.”

END_OF_DOCUMENT_TOKEN_TO_BE_REPLACED

I REGARD POE (pictured) as an instinctive, intuitive Cosmotheist thinker, though he did not construct or expound a religion or philosophy based upon his ideas as did William Pierce and others.

Consider Poe’s words from his ‘prose poem’ Eureka, which he held to be one of his most important works, though it is among his most ignored today. Poe makes many errors in Eureka, but few that cannot be excused by the limited scientific knowledge of his day. He didn’t have the facts available to Pierce, Romer, Dawkins, Cattell, or even Shaw and Nietzsche; but he did see far more deeply than most writers of his time. Some of his intuitive insights are astounding.

One of the central ideas of Cosmotheism is that Man’s consciousness is but part of the emerging self-consciousness of the universe. Poe, who also seems to anticipate the idea of entropy in this passage, said:

END_OF_DOCUMENT_TOKEN_TO_BE_REPLACED

TODAY I am going to devote this program to the ideas of a man whose vision was the precursor and inspiration for Dr. William Pierce’s Cosmotheism — George Bernard Shaw.

Shaw (pictured), like many geniuses such as Ezra Pound, can sometimes appear confounding and contradictory. Shaw had his “GBS” persona and he did use satire, even laughing at his own positions through the characters in his plays at times. That’s the kind of thing you do when you have a 200 IQ — and, as Shaw quipped, when you are missing the phrenologists’ “bump of veneration.” With evident exasperation at the slow progress of human and social evolution, he endorsed any dictator in sight — “men who get things done” — as preferable to damnable democracy. He took public positions that were designedly shocking, and it’s easy to use the more extreme among these to attack him, as Crazy Glenn Beck and the other leaders of Conservakin have done.

But Shaw’s position on the primacy of the Life Force and improving the quality of human beings was a deeply serious one.

As a young man, he was an atheist. He later said he needed that stage in order to clear his mind of childish and obviously untrue myths. But in his mature years, Shaw openly espoused a religion — he playfully called it “Shawianity” — in which he posited that God is a work in progress: something yet to come, something that is even now evolving. He said that what he called the Life Force was trying to make man more and more godlike, and that this was the real meaning behind biological evolution.

END_OF_DOCUMENT_TOKEN_TO_BE_REPLACED 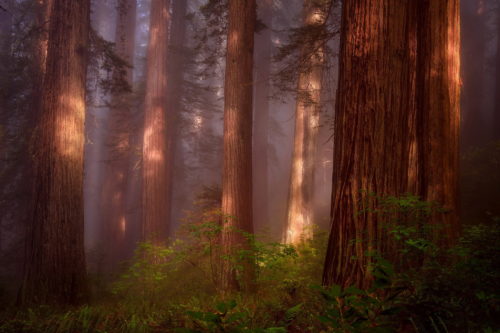 This great 19th-century poem of Nature-mysticism contains intimations of Cosmotheism.

THE GROVES were God’s first temples. Ere man learned
To hew the shaft, and lay the architrave,
And spread the roof above them, — ere he framed
The lofty vault, to gather and roll back
The sound of anthems; in the darkling wood,
Amidst the cool and silence, he knelt down,
And offered to the Mightiest solemn thanks
And supplication. For his simple heart
Might not resist the sacred influences,