New English translation of the classic work by Adolf Hitler. Now, for the first time ever, in dual English-German text. This is a complete and unedited translation of Volume Two of Mein Kampf, in modern and highly readable American English. This is the first such effort since the 1940s, and it far surpasses all existing versions. This edition includes section headings, helpful footnotes, bibliography, and useful index. 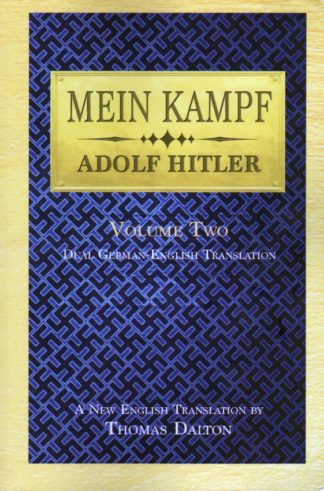