An in-depth investigation of the accusations of ritual murder leveled against Jews over the centuries: For most of history, belief in Jewish ritual murder was widespread. But since WW2, with the rise of Jewish ownership of the mass media, objective discussion of these cases is strongly discouraged. Every accusation of Jewish ritual murder, no matter how well proved it might have been in its time, has become a “blood libel” in today’s media. Probably not every accusation is true. But it is also unlikely that all of them are false. Philip de Vier has made a thorough survey of the known evidence in about 200 cases of ritual murder in ancient, medieval, Renaissance, and modern times. Adopting the approach of a detective investigating a murder, de Vier invites his readers to sift the relevant facts from history and to see that they point toward the existence of a trans-generational ritual murder cult within the larger body of Judaic tradition. The evidence is persuasive, but, says de Vier, the final verdict is ours to make. 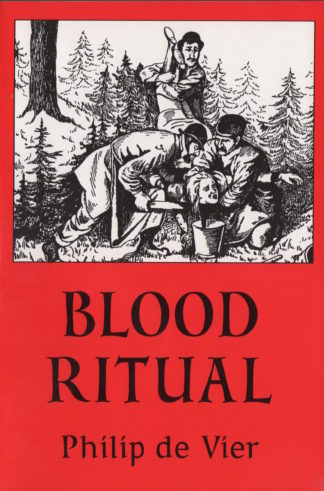