When Guy Sajer joins the infantry full of ideals in the summer of 1942, the German army is enjoying unparalleled success in Russia. However, he quickly finds that for the foot soldier the glory of military success hides a much harsher reality of hunger, fatigue, and constant deprivation. Posted to the elite Grosse Deutschland division, with its sadistic instructors who shoot down those who fail to make the grade, he enters a violent and remorseless world where all youthful hope is gradually ground down, and all that matters is the brute will to survive. As the biting cold of the Russian winter sets in and the tide begins to turn against the Germans, life becomes an endless round of pounding artillery attacks and vicious combat against a relentless and merciless Red Army.

Sajer’s perspective as a German foot soldier makes The Forgotten Soldier a unique war memoir, the book that the Christian Science Monitor said “may well be the book about World War II which has been so long awaited”. A work of stunning force, this is an unforgettable reminder of the horrors of war. 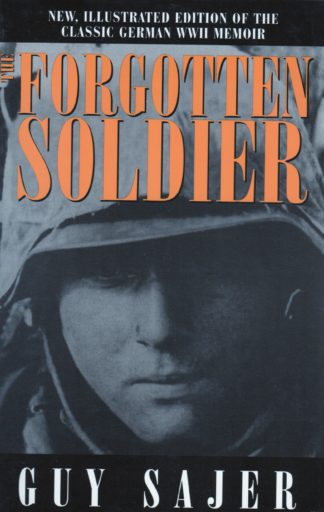 You're viewing: The Forgotten Soldier Guy Sajer $18.00
Add to cart