A collection of short biographies of 26 leaders in the German National Socialist Party. From the book’s Introduction: “In Germany to-day Party and State are welded together in an indissoluble unity. The same idea finds various forms of expression in the various branches of organization. It is not that the Party serves the State or that the State serves the Party. Both serve the German nation as a whole, each in its own way. And so, it comes about that National Socialism is the modern expression of the idea which was originally the inspiration of the democratic movement also but which the democratic movement departed from and even sometimes openly contradicted. This idea meant that the life of the State springs from the life of the people as a fountain from its source. All political and administrative organization, the constitution and even the State itself, are man’s handiwork and will pass away and give place to others, as does the individual man himself. But the people are everlasting. To its welfare and its future all must be subordinated, the individual as well as the State.” 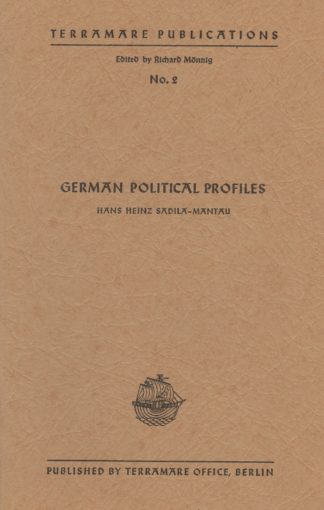