Burden of Empire by Garet Garrett

The Legacy of the Roosevelt-Truman Revolution (paperback) 1990

First published in 1953 this brilliant author sums up so many mistakes that the American government and leadership had made before during and after World War II and expose that America was truly the new world empire. The author holds a grim view of this reality, and literally foresaw so many problems that America would face in the path which it had embarked upon; that Vietnam and Iraq were the only inevitable conclusion. This book will help the reader gain a clear focus on the debacle of US foreign policy and the massive expansion of US government “red tape” domestically. 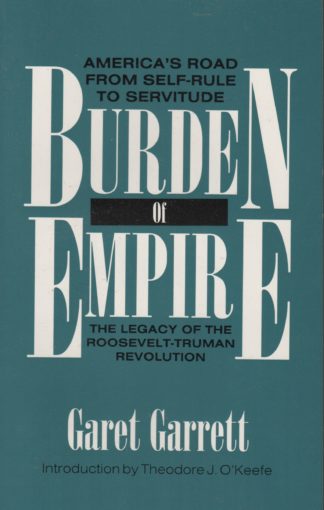 You're viewing: Burden of Empire by Garet Garrett $14.00
Add to cart