America’s Decline: Education of a Conservative.

Originally a conservative, Professor Revilo Oliver became an intellectual leader of racialists with a trenchant pen and a large following. This collection of popular essays, primarily from 1955 -1966 when the post-war struggle for America’s soul was at its highest, shows that the conservative cause is inherently not only a lost cause but an unworthy one. 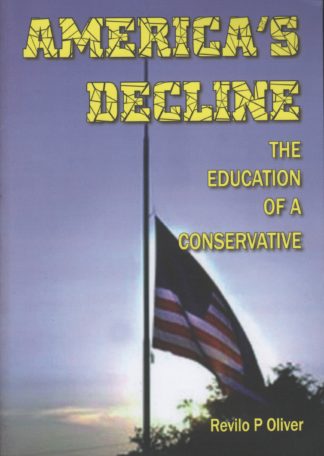 You're viewing: America’s Decline by Revilo Oliver $125.00
Add to cart