Gun Control in Germany 1928-1945; foreword and translation by William Pierce

Here Dr. William L. Pierce takes a well-deserved shot at “politically correct” groups who claim that Hitler was a “gun-grabber.”

“gun-grabber.” He establishes that the National Socialist government actually relaxed existing German gun laws and encouraged civilian gun ownership and training. From the book: “It is not just that the National Socialist firearms legislation was the opposite of what it has been claimed to have been by persons who want to tar the modern gun-grabbers with the ‘Nazi’ brush: The whole spirit of Hitler’s government was starkly different from its portrayal by America’s mass media.” Contains the entire text of the pre-Hitler and post-Hitler German gun laws — unassailable and convincing.

Be the first to review “Gun Control in Germany 1928-1945; foreword and translation by William Pierce” Cancel reply 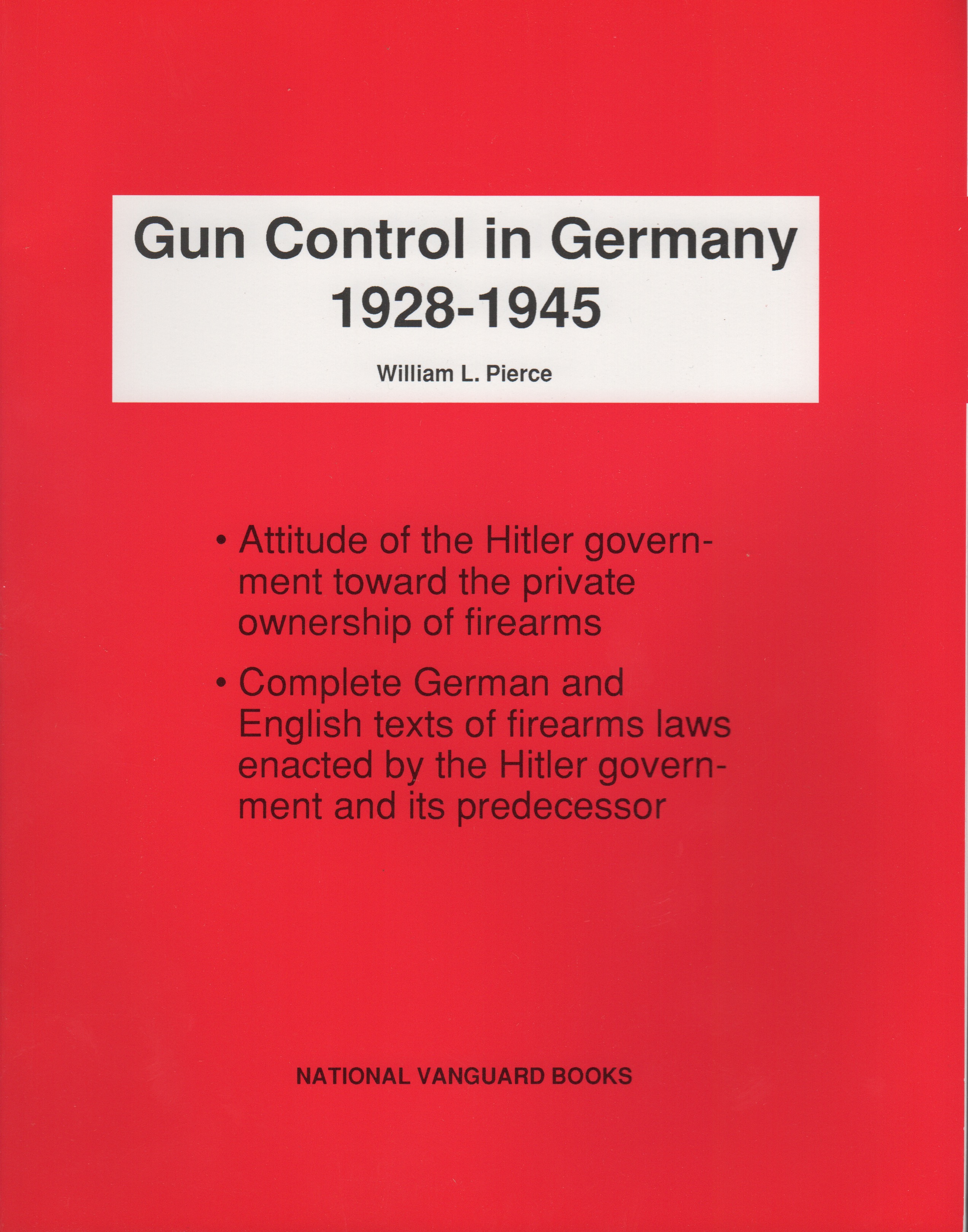