View cart “Hitler’s Priestess: Savitri Devi by Nicholas Goodrick-Clarke.” has been added to your cart.

Ways that are dark by Ralph Townsend

The truth about China

Ralph M. Townsend was a career officer in the U.S. Foreign Service, serving terms of duty as U.S. Vice Counsel at Montreal and Shanghai, as well as at the Department of State in Washington. He resigned from the diplomatic corp in 1933 and accepted positions in public relations in New York and later in San Francisco. Active in efforts to prevent U.S. involvement in what ultimately became known as World War II, Townsend wrote for numerous anti-war publications including Scribner’s Commentary, a leading non-interventionist journal.

Condition: New but with some minor shelf wear 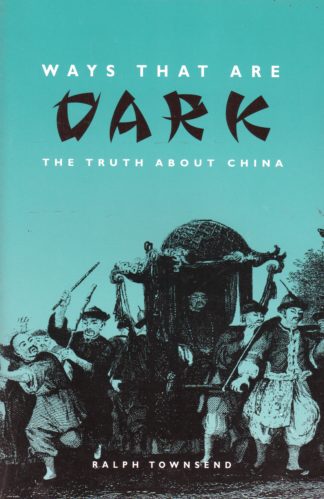 You're viewing: Ways that are dark by Ralph Townsend $12.00
Add to cart