This is a quality hardbound, large format book, filled with amazing color photographs. Text and captions are in German, with a separate English language photo caption translation sheet included.

This is a quality hardbound, large format book, filled with amazing color photographs. Text and captions are in German, with a separate English language photo caption translation sheet included.

Walter Frenz was a young German Air Force Staff photographer, best known as the cameraman for Leni Reifenstahl’s groundbreaking film ‘Triumph of the Will’, in which new cinematic techniques made their debut. Stationed at Hitler’s Headquarters in World War Two, he experimented with color photography on the subjects around him. After the war, the negatives remained buried for nearly 50 years.

Now the high quality studio color photography of Walter Frentz – taken at Adolf Hitler’s Berghof – is contained in a book. This book is nothing less than a never-before-seen, intimate view of Hitler and his entourage at his personal home and headquarters in the mountains of Southern Baveria.

Not only does this book contain over 100 photos never before published, they are all in high quality color, not the mediocre, washed-out color we are used to seeing from this period. Agfakrome predated Kodak, and is still unsurpassed to this day. German optical superiority is evident on nearly every page. Full page and gatefold pages comprise over half the photos of every subject matter one can imagine being associated with Hitler’s personal home and headquarters. 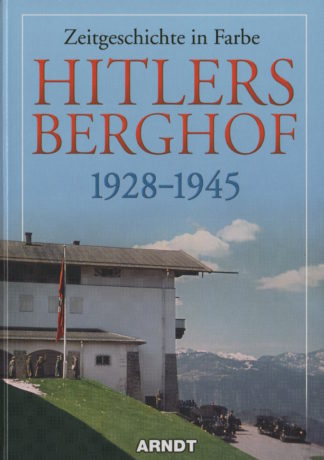