Serpent’s Walk is an intellectually-stimulating action novel in which Hitler’s warrior elite — the SS — didn’t give up their struggle for a White world when they lost the Second World War. Instead their survivors went underground and adopted some of the tactics of their enemies: They began building economic muscle and buying the opinion-forming media. A century after the war, in the 2040s, they rise and challenge the anti-White Establishment, resulting in a cataclysmic conflict which they cannot afford to lose. 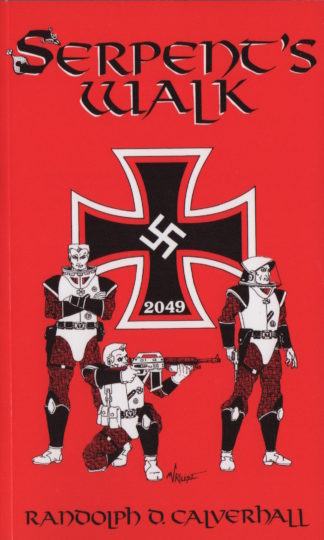