Animal Farm is an Allegorical novella by George Orwell, first Published in England on 17 August 1945. According to Orwell, the Fable reflects events leading up to the Russian Revolution of 1917 and Then on into the Stalinist era of the Soviet Union.

Nineteen Eighty-Four, Often Published as 1984, is a Dystopian novel by English writer George Orwell published in June 1949, whose themes center on the risks of government overreach, totalitarianism and repressive regimentation of all persons and behaviors within society. The novel is set in an Imagined future, the year 1984, when much of the world has fallen victim to perpetual war, Omnipresent government surveillance, historical negationism and Propaganda. 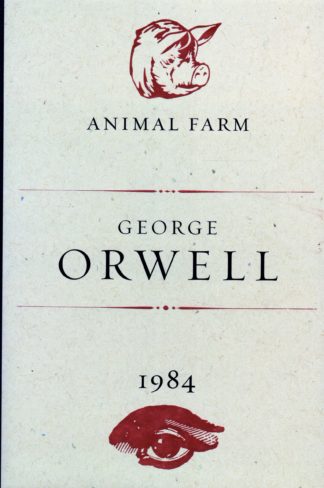