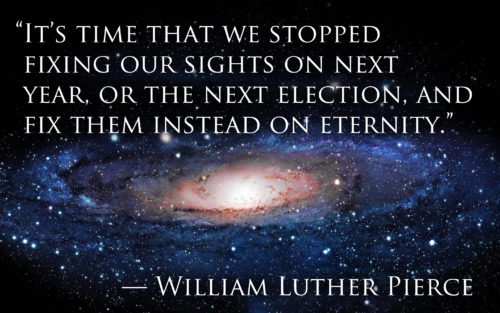 END_OF_DOCUMENT_TOKEN_TO_BE_REPLACED

In this 1982 article, Dr. Pierce offers his perspective on the religion that came to dominate our culture for more than ten centuries.

THE NATIONAL Office has received a few complaints (fewer than expected) from members about what has been perceived as an anti-Christian bias in recent issues of National Vanguard (NV). One member has resigned.

The complaints fall into two general categories: 1. “I am a Christian. Why are you attacking my religion?” and 2. “I am not a Christian, but many White people are. We must all stick together. To attack Christianity is divisive.”