An edition of the classic work about European colonies and African rebellion in Southern Africa – and the realities of race and racial differences. Written by a British-born South African, this book starts with an overview of what the author calls the “egalitarian fallacy” before moving on to a detailed discussion of the United Nations, its subversion against South Africa and the white West, and then on to a country-by-country analysis of South Africa, South West Africa (today Namibia), Bechuanaland (today Botswana), the Rhodesias and Nyasaland (today Zambia, Zimbabwe, and Malawi), the Congo (today the Democratic Republic of the Congo), and East Africa (Tanzania and Kenya).

Along the way, the reader is enlightened as to the true facts surrounding the European presence in those lands, and the nature of the African “resistance” against that rule. Next, the book moves on to an analysis of the racial history of Britain, and then America, with a projection of both those country’s racial futures. Finally, it ends with one of the most powerful overviews of race and racial differences ever written, all from an unapologetically pro-white position. 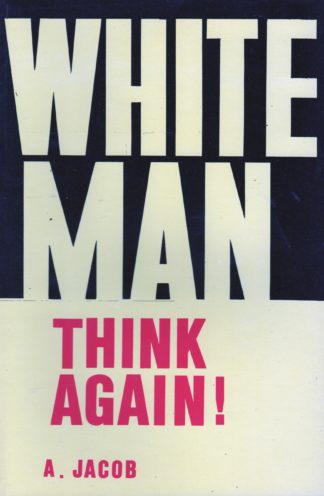