In the closing days of World War Two, German resistance to the Nazis was growing. This is the dramatic true story of one act of rebellion. The Werewolves were formed in November 1944, having been recruited and trained by SS Police General Gutenberger. A team of five men and a woman were chosen for “Operation Carnival”, which was a plot to kill Franz Oppenhoff, the new mayor of Aachen, who the Germans saw as an American stool-pigeon and traitor.

‘Werewolf’ skillfully recreates the atmosphere of unease that prevailed on both sides during the final months of the Second World War. ‘Werewolf’ outdoes the best spy novel and demonstrates yet again that ‘fiction’ cannot hold a candle to ‘fact’ when coming from the pen of a master of Charles Whiting’s stature. 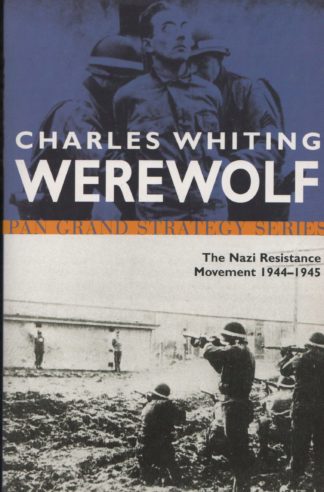 You're viewing: Werewolf by Charles Whiting $10.00
Add to cart