The Poisonous Mushroom by Ernst Hiemer

Among the most controversial of Nazi publications was a book for children, published in 1938 under the title Der Giftpilz—or, The Poisonous Mushroom.  Here, the Jewish threat to German society was portrayed in the most simplistic and elemental terms.  The author, Ernst Hiemer, put together 17 short vignettes or morality stories intended to warn children of the dangers posed by Jews.  Jews were depicted as conniving, thieving, treacherous liars who would do anything for personal gain.  ‘Avoid Jews at all costs,’ was Hiemer’s message.

​Though aimed at children aged roughly 8 to 14, Hiemer’s lessons were intended for all readers—older siblings, parents, and grandparents.  Following Hitler’s lead, and not without justification, Jews were presented as a profound threat to German society; they had to be shunned and ultimately removed from the nation, if the German people were to flourish.

Long out of circulation, and banned in Germany and elsewhere, this new edition reproduces a work of historical importance—including full color artwork by German cartoonist Philipp Rupprecht (“Fips”).  The book was repeatedly cited at the Nuremberg Trials as evidence of ‘Nazi cruelty’, and was used by prosecutors to justify a death sentence for its publisher, Julius Streicher.  If only for the sake of history, the reading public should have access to one of the more intriguing and notorious publications of the Third Reich. 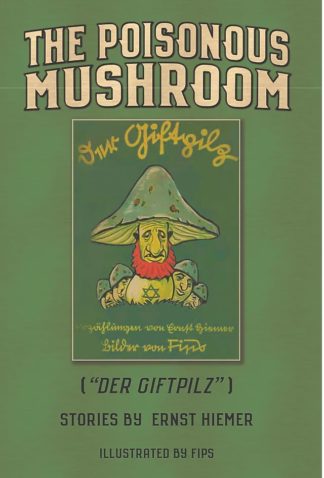 You're viewing: The Poisonous Mushroom by Ernst Hiemer $17.00
Add to cart