The Defense of Sevastopol 1941-1942 by Clayton Donnell (Hardback)

In December 1941, while America was reeling from the attack on Pearl Harbor and the offensives of the German Army Groups North and Center were stalled in the mud and cold of the Russian winter, the German Eleventh Army encircled the vast fortress of Sevastopol in the Crimea, launching massive combined air, artillery and land attacks against the heavily defended positions. One of the most remarkable campaigns in the history of modern warfare had begun, and this is the subject of Clayton Donnell’s graphic and highly readable new study.

Drawing on his expert knowledge of the history of modern fortifications, he describes the design and development of the Red Army’s formidable base at Sevastopol. But he concentrates on the sequence of attacks mounted by the Wehrmacht on the strongpoints protecting the city. The forts and bunkers had to be taken one by one after devastating artillery and air attacks, the casualties on both sides were severe, and this brutal struggle went on for over six months. Using documentary records and a range of personal accounts, Clayton Donnell reconstructs the events and experience of the campaign in vivid detail. 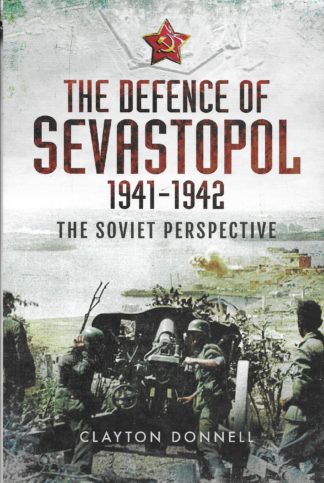