How Hitler Was Made by Cory Taylor (Hardback)

Germany and the Rise of the Perfect Nazi.

Focusing on German society immediately following the First World War, this vivid historical narrative explains how fake news and political uproar influenced Hitler and put him on the path toward dictatorial power. How did an obscure agitator on the political fringes of early-20th-century Germany rise to become the supreme leader of the “Third Reich”? Unlike many other books that track Adolf Hitler’s career after 1933, this book focuses on his formative period–immediately following World War I (1918-1924). The author, a veteran producer of historical documentaries, brings to life this era of political unrest and violent conflict, when forces on both the left and right were engaged in a desperate power struggle. Among the competing groups was a highly sophisticated network of ethnic chauvinists that discovered Hitler and groomed him into the leader he became. The book also underscores the importance of a post-war socialist revolution in Bavaria, led by earnest reformers, some of whom were Jewish. Right wing extremists skewed this brief experiment in democracy followed by Soviet-style communism as evidence of a Jewish-Bolshevik plot. Along with the pernicious “stab-in-the-back” myth, which misdirected blame for Germany’s defeat onto civilian politicians, public opinion was primed for Hitler to use his political cunning and oratorical powers to effectively blame Jews and Communists for all of Germany’s problems. Based on archival research in Germany, England, and the US, this striking narrative reveals how the manipulation of facts and the use of propaganda helped an obscure, embittered malcontent to gain political legitimacy, which led to dictatorial power over a nation. 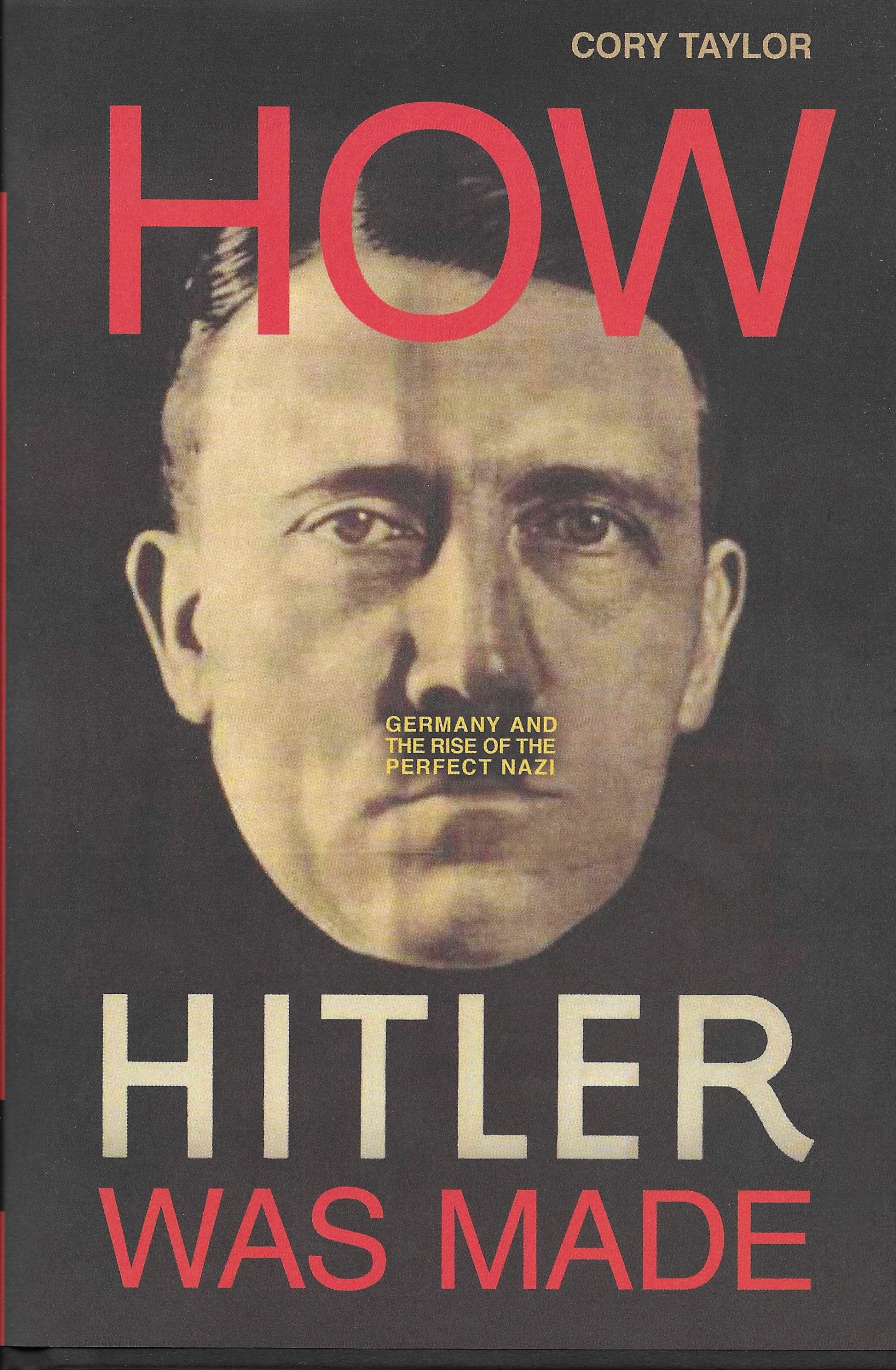 You're viewing: How Hitler Was Made by Cory Taylor (Hardback) $24.00
Add to cart