Life in Celtic Times by A. G. Smith

Feared in battle by their opponents, adept at farming and cattle raising, the Celts were a remarkable people whose height, muscularity, and fair complexion set them apart from their Roman contemporaries. Migrating westward from European lands they had occupied during the sixth and fifth centuries B.C., they eventually settled in the British Isles.

An informative introduction and detailed, fact-filled captions complement this collection of superb drawings that will not only delight coloring book fans of all ages but will serve equally well as an excellent, abbreviated pictorial history of the ancient Celts. 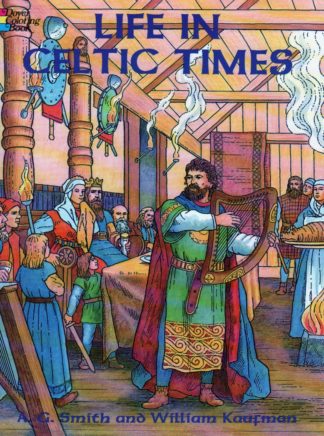