Hornblower and the Hotspur by C.S. Forester

April 1803. Here is Hornblower who, directly after his wedding ceremony, is ordered to take his ship, the HMS Hotspur, to observe the French coast, Channel ports, and around to the Bay of Biscay. This, his first command as Master and Commander, gives ample opportunity to help thwart the ambitions of Napoleon, who is building ships and amassing supplies for an attempt to cross the Channel and invade England. At 27, Hornblower has already had adventures which have brought him praise and notice. And with the Hotspur his exploits tumble one after the other. Reconnaissance, daring shore raids, cutting out expeditions and skillful navigating in treacherous tidal waters bring the reality of the blockade to the fore. 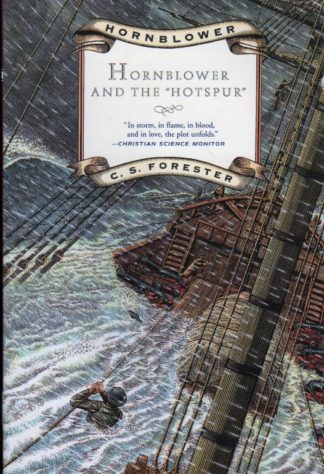 You're viewing: Hornblower and the Hotspur by C.S. Forester $10.00
Add to cart