In Search of Ancient Israel by Philip R. Davies

The appearance of In Search of ‘Ancient Israel’ generated a still-raging controversy about the historical reality of what biblical scholars call ‘Ancient Israel’. But its argument not only takes in the problematic relationship between Iron Age Palestinian archaeology and the biblical ‘Israel’ but also outlines the processes that created the literature of the Hebrew bible-the ideological matrix, the scribal milieu, and the cultural adoption of a national literary archive as religious scripture as part of the process of creating ‘Judaism’s’. As such, in this volume Philip R. Davies challenges the whole spectrum of scholarly consensus about the origins of ‘Israel’ and its scriptures, in a manner that is both learned and accessible. For this new edition Davies has provided a new extended introduction, in which he considers how the debate has raged since the book was first published, and in which he repositions this classic work within the present scholarly context. 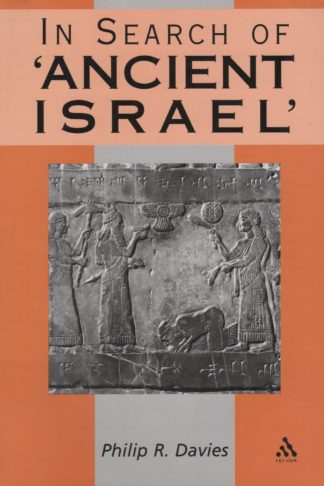 You're viewing: In Search of Ancient Israel by Philip R. Davies $18.00
Add to cart