A 90-minute documentary on DVD, narrated by Waffen SS leader Leon DeGrelle with English language voiceover. Listen to his uncensored personal accounts and insights into the Third Reich and the World’s leaders as he takes you along on Hitler’s Blitzkrieg, vividly describing the tumultuous events of the war’s early years. Ride along with Degrelle as the fast-moving German armies stormed across Poland engaging in a brand-new type of warfare. 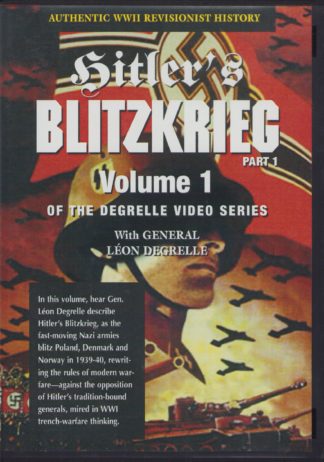 You're viewing: Hitler’s Blitzkrieg Volume One narrated by Léon Degrelle $28.00
Add to cart