Translated by Aubrey de Sélincourt with an introduction and Notes by John M. Marincola.

Herodotus was an ancient Greek historian who was born in Halicarnassus in the Persian Empire. He is known for having written the book The Histories, a detailed record of his inquiryon the origins of the Greco-Persian Wars. He is widely considered to have been the first writer to have treated historical subjects using a method of systematic investigation—specifically, by collecting his materials and then critically arranging them into an historiographic narrative. On account of this, he is often referred to as “The Father of History,” a title first conferred on him by the first-century BC Roman orator Cicero. 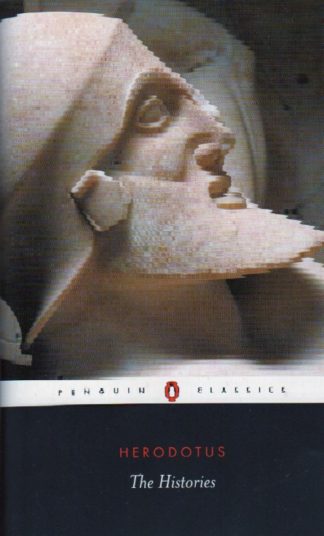 You're viewing: Herodotus – The Histories by John M. Marincola $12.00
Add to cart