Call of the Blood by Dresden (band); songs by Joseph Pryce

This is the very best White racialist popular music ever produced — digitally remastered in lush high fidelity sound and offered in a beautiful, professionally-produced new edition.

The new album includes a full lyric sheet, with notes, and handsome new full-color cover art — never seen before — by the artist Alfred Sundvall, who also created the art for the first edition of this monumental work.

The extremely talented songwriter and leader of Dresden, Joe  Pryce, unselfishly donated this masterwork to the reconstituted National Alliance under Will Williams, and we are honored by his gift. The artist, Alfred Sundvall — who has sometimes produced work under the nom de guerre The Unknown Artist — donated the painting which graces the cover of this CD to the Alliance. It shows a White woman on a high summit, gazing out over a fog-filled infinity of mountains and valleys — not unlike the view from Pierce Point on the Alliance’s land in West Virginia, which our founder William Pierce loved so much. The cover art was inspired by Dr. Pierce’s favorite painting, Caspar Friedrich’s The Wanderer Above the Mists.

Call of the Blood is nothing like typical skinhead or “White power” music. It is powerful progressive rock, somewhat reminiscent of the British band Yes. It is melodic and lyrical, and is written and performed with absolute professionalism. Its 17 tracks are written from a radical White nationalist and National Socialist viewpoint. You have never heard anything quite like it in your life.

This excellent music makes a great recruiting tool; music reaches a part of the soul that reason cannot touch.

Be the first to review “Call of the Blood by Dresden (band); songs by Joseph Pryce” Cancel reply 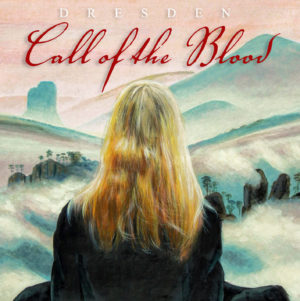 You're viewing: Call of the Blood by Dresden (band); songs by Joseph Pryce $16.00
Add to cart