In Twilight of the Idols, Nietzsche criticizes German culture of the day as unsophisticated, decadent and nihilistic, and shoots some disapproving arrows at key French, British, and Italian cultural figures who represent similar tendencies. In contrast to all these alleged representatives of cultural “decadence”, Nietzsche applauds Caesar, Napoleon, Goethe, Thucydides and the Sophists as healthier and stronger types. The book states the transvaluation of all values as Nietzsche’s final and most important project and gives a view of antiquity wherein the Romans for once take precedence over the ancient Greeks, albeit only in the field of literature.

The Antichrist is a book by the philosopher Friedrich Nietzsche, originally published in 1895. Although it was written in 1888, its controversial content made Franz Overbeck and Heinrich Köselitz delay its publication, along with Ecce Homo. The German title can be translated into English as either The Anti-Christ or The Anti-Christian, depending on how the German word Christ is translated. 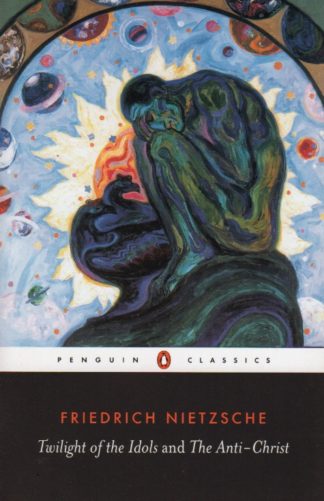 You're viewing: The Twilight of the Idols and The Anti-Christ by Friedrich Nietzsche $6.00
Add to cart