The Inevitable Domination by Man by Seymour W. Itzkoff

This book deals with a number of questions from the field of human evolutionary biology such as the importance of archaeology in discovering evolutionary paths and the effects of one-time events in determining them. The book reaches back into the deep history of the primates and details the rise of the hominids.

The emergence and later refinement of the field of sequencing ancient DNA, particular after 2010, has changed much of what we know about human evolution and many conclusions presented in this book have changed since it was written. Nevertheless, an important question remains and it is dealt with here – will the intelligence that bought us this far save us.

The author, Itzkoff, is a strong advocate of the effects of biological determinism on intelligence. He suggests in “Why Humans Vary in Intelligence” that hereditary factors probably account for 70% to 80% of variability in IQ. He has stated that standardized test ability is difficult to improve, especially verbal ability.

According to science journalist Malcolm Browne, Itzkoff’s 1994 book The Decline of Intelligence in America was one of a series of books that year which claimed Americans “probably no longer have the intellectual capital that can profit from the available educational resources.” In 1994 he was one of 52 signatories on “Mainstream Science on Intelligence,” an editorial written by Linda Gottfredson and published in the Wall Street Journal, which declared the consensus of researchers in intelligence and related fields following the publication of the book The Bell Curve.

Itzkoff, who is an advocate of eugenics, wrote the preface to John Glad’s 2008 book, Future Human Evolution: Eugenics in the Twenty-First Century, in which he states, “The real history of eugenics, as Dr. Glad points out, is rich in a truly liberal vision for the improvement in the state of all of humankind.”

Itzkoff has published works on Jewish identity and Jewish intelligence, as well as books outlining his predictions about 21st-century global crises and his recommended responses. 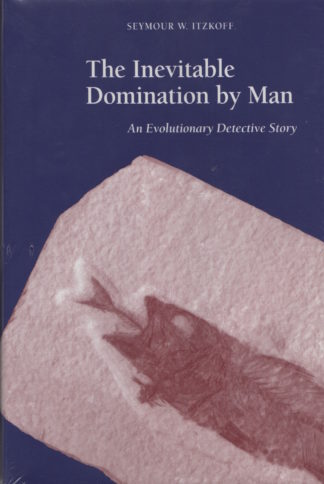 You're viewing: The Inevitable Domination by Man by Seymour W. Itzkoff $12.00
Add to cart