View cart “Greek Myths & Legends by K. E. Sullivan” has been added to your cart.

The Concept of the Political by Carl Schmitt

Carl Schmitt was an anti-Jewish German jurist, political theorist and prominent member of the National Socialist Party. Imprisoned for a year by the Allies in 1945 Schmitt was unrepentant for the role he played in the creation of the NS State. The Concept of the Political was a 1932 elaboration of a 1927 journal article, which is recognized as one of the most important works of political philosophy. This true-to-the-original translation was performed by C.J. Miller in 2020. 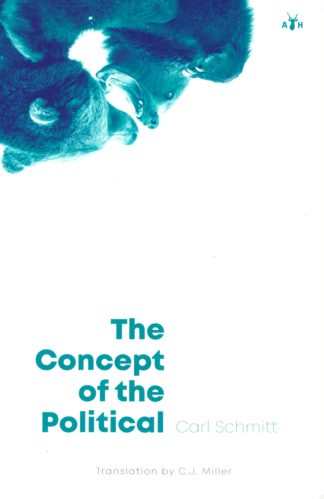 You're viewing: The Concept of the Political by Carl Schmitt $15.00
Add to cart