Russian-born Koffler is a former American CIA intelligence officer and now an occasional FOX News analyst. “She knew that having Biden in the White House was a green light for Putin to invade the rest of Ukraine. Putin knew Biden would do nothing while he amassed invasion forces on Ukraine’s border. The Biden administration dismissed it as just an intimidation tactic. But after Putin invaded Ukraine this year, Ukraine pushed him back from cities like Kyiv and Kharkiv. Leading from behind, Biden then jumped on the bandwagon and helped a major effort to arm and aid Ukraine.” She says the Russian/Ukraine war is unwinnable on all fronts and that Putin is “sanction-proof.” Some reviewers say Koffler has a pro-American bias. There are blacked out redactions in the book by her former CIA bosses. 400-pages 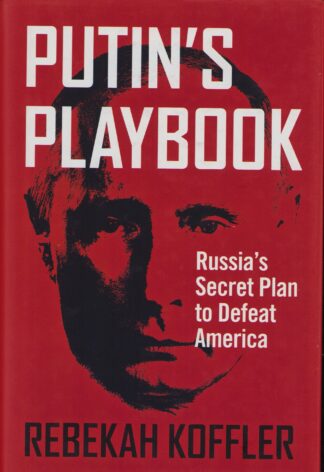