Jewish Domination of Weimar Germany was the National Socialist government’s first English-language attempt to explain the rationale behind their legislative moves to restrict Jewish influence in Germany after 1933. Using official pre-Nazi-era demographics, this work showed that Jews were massively over-represented in all fields of German social and economic life—except that of farming and creative work. 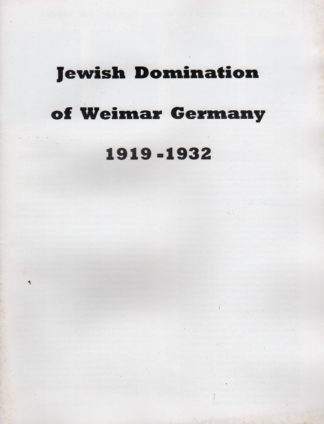 You're viewing: Jewish Domination of Weimar Germany by Eckhart Verlag and Francis Dupont. $12.00
Add to cart