Bill Crane, just out of high school and eager for a job, goes on a June fishing trip with his friend, Ducky Davis, to a lake in the Maine wilderness. More important than the bass they catch is the discovery of a Caterpillar D2 Tractor sunk and abandoned in the lake. How Bill locates the owner and buys the machine, how he and Ducky get it out of the water and make it run, is a tale that will thrill every mechanically minded boy. Of still broader interest is the story of Bill’s plucky battle to build a contracting business from that modest start. He makes enemies, but he makes loyal friends as well. Willing to tackle any job with his little bulldozer, he clears orchards, digs cellars, moves buildings, plows fields, skids logs, and fights forest fires. Finally, in an exciting climax, he wins an important earth-moving contract against strong and unscrupulous competition. This is a story of a sturdy machine and a boy with courage, ingenuity, and grit. It could happen in few places on earth except America. 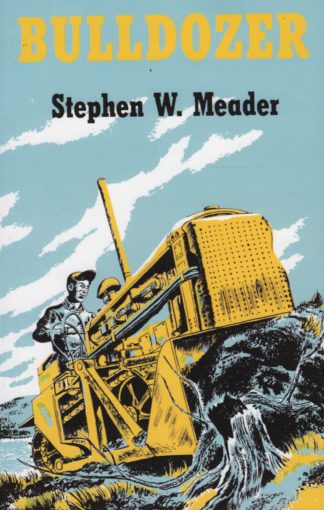 You're viewing: Bulldozer by Stephen Meader $30.00
Add to cart