Horatio Hornblower, now Admiral, sails overseas as challenging as any in his victorious career. As admiral in charge of His Britannic Majesty’s West Indies Station he is as gallant, daring, implosive as ever. In this tense time after Napoleon’s defeat, all kinds of vagabonds, revolutionaries, Imperial Guards. and pirates come sailing into the waters where Hornblower is working his small contingent of naval vessels to preserve the peace and eliminate piracy. With intrepid daring and brilliant strategies, Hornblower wins his victories. With this series of adventures, Volume 11, Hornblower’s professional life as a British naval officer reaches its climax, not in a battle against men, but against nature. Here the inner Hornblower shows his colors. 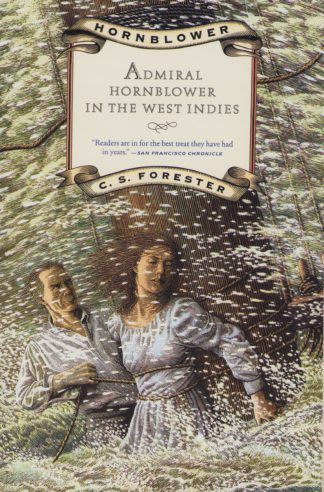 You're viewing: Admiral Hornblower by C.S. Forester $10.00
Add to cart