A History of the Vikings by Gwyn Jones

An utterly splendid book, quite the most brilliantly written, balanced, and explanative general work on the Vikings ever to appear in English or in any language.”– Scandinavian Studies

The subject of this book is the Viking realms, Denmark, Sweden, and Norway, their civilization and culture, and their many-sided achievements at home and abroad.

A highly readable narrative follows the development of these Northern peoples – the Nordmenn – from their origins and the legendary pre-history to the military triumphs of Canute and the defeat of Harald Hardrada at Stamford Bridge in 1066, which symbolically ended the Viking age.

The book recounts the Vikings’ exploits in war, trade, and colonization: the assault on Western Christendom; the trading and military ventures to the Slav and Muslim worlds and to Byzantium; and the western voyages of discovery and settlement to Greenland, Iceland, and America.

Numerous photographs, maps, and drawings contribute to Gwyn Jones’s rounded portrait of Viking civilization and vividly evoke the importance in their culture of religion, art, and seafaring. 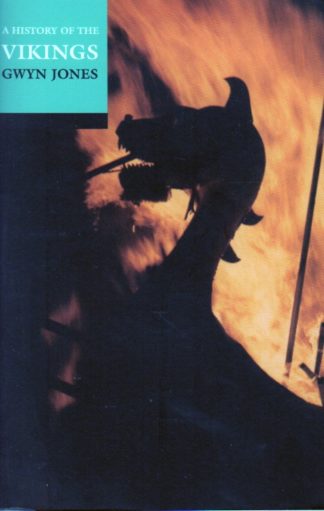 You're viewing: A History of the Vikings by Gwyn Jones $14.00
Add to cart