In the 1880s, when adventure lay in the conquest of the prairies, David Beaton and his bride came to Dakota to claim three hundred acres of grassland. Rose Wilder Lane tells of their struggle to survive with such force that Free Land has become a classic frontier novel. The young couple experience cyclones, droughts, and blizzards that isolate them for days in their sod shanty and endanger their livestock. The simple pleasures of home cooking, horse trading, and socializing interrupt work, here described in its wealth of variety. In every detail, Free Land comes to life because Lane grew up in the time and place of which she writes. The book embodies her belief that “living is never easy, that all human history is a record of achievement in disaster, and that our great asset is the valor of the American spirit.”

Like the Beatons of this novel, Rose Wilder Lane’s parents homesteaded in Dakota. Lane was a successful novelist and journalist when, in the 1930s, she encouraged and helped her mother, Laura Ingalls Wilder, to write the Little House on the Prairie books that were later dramatized for television. 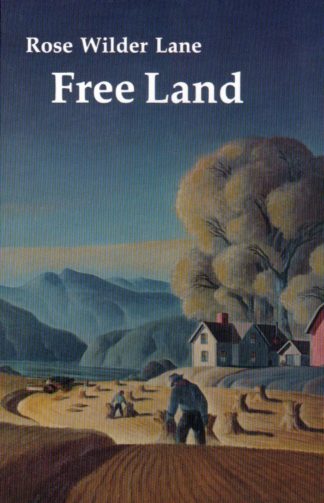