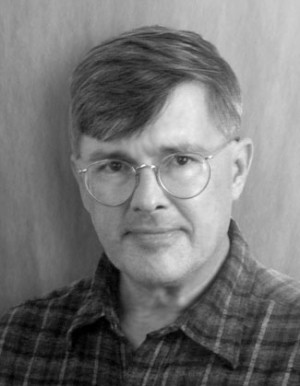 WHAT IS A SIN? Webster says a sin is “a transgression against divine law.” Most churches in this country would define any breach of the Old Testament’s Ten Commandments as a sin, including the commandment that tells us to recognize the Hebrew tribal god, Yahweh, as the only god. This makes, by definition, every single one of our ancestors — from 100,000 years ago to just 1700 years ago — into unrepentant, irredeemable “sinners.”

The definition of “transgression against divine law” varies depending on what the particular religion or philosophy considers to be “divine law.” If the Old Testament is divine law, then mixing linen and cotton in your outfit this morning is a sin (Leviticus 19:19; “You are not to wear clothing made from two different kinds of material“). If the New Testament is divine law, then it is a sin not to give a thief even more of your possessions than he had planned to steal from you in the first place (Matthew 5:40; Luke 6:29: “If someone takes your coat, offer your shirt also“).

I think most honest people, Christians included, would agree that these are pretty bizarre guides to what is or is not sinful — to what should or should not be done in life. Some Biblical scholars think that the two-fabric prohibition is a remnant of an ancient Jewish decree designed to discourage Jews from fraternizing with some putative tribe of non-Jews who wore such clothing — but nobody really knows for sure. Giving a thief even more than he asked for, like the immediately prior exhortation to “resist not evil,” is not only in direct contradiction with other passages from the same holy book, but it is a sure-fire formula for the triumph of thievery and any other evil you could name. (And that sure reminds me of the mass of evil that we find ourselves in today in the formerly White, nominally Christian West.)

Judaism, Christianity, and Islam — and most other faiths — are revealed religions. They are based on the idea that somewhere, somehow, God chose a man or a few men and handed them stone tablets or golden plates with divine truths and laws inscribed upon them (or “inspired” them to write them on parchment scrolls). And these truths and these laws are unchangeable, eternal, valid for all time. Thus divine law was revealed to a few men, and those men revealed them to the rest of us, who’d better accept them or be damned. Little or no reasoning is involved, except perhaps contorted reasoning designed to justify the holy book. The evidence of science is mostly irrelevant, to be accepted or rejected precisely to the extent that it confirms or disproves holy writ.

History shows us that these holy books are usually compiled many lifetimes after the events they purport to describe and that they incorporate passages lifted wholesale from other cultures and religions, are edited, translated, re-edited, and censored or altered for political reasons, before they reach their final status as inviolate and “holy.” Thus we have the wildly contradictory collections of mysticism and primitivism called the Torah, the Bible, and the Koran. The words of holy writ make such little sense, we need a priesthood to explain them to us.

(This is very handy for the priests and ministers of the various sects, since they can cherry-pick from the confused mass of scriptures to make almost any kind of point they want; witness the conservative churches’ use of certain Bible verses to condemn homosexuality, for example, while the more liberal sects select other verses to prove that we should do the exact opposite. And witness also many churches’ scriptural support for racial separation and integrity a century or more ago — and those same churches’ scripture-based condemnation of “racism” and support for miscegenation today.)

If you haven’t been raised in one of these revealed faiths, imprinted from the age of three onwards with the “sanctity” and “truth” of your particular brand of holy writ, you can easily see that this is a very dysfunctional and bizarre way of arriving at any kind of truth — or any guide to action, to what is or is not sin. Intelligent aliens studying us from a distance and looking at the aforementioned scriptural debate on homosexuality, for example, would surely judge us an insane species.

Do you seriously believe that God, the Creator of the Universe, would choose such a method of communicating truth to us? Do you actually maintain that the scribblings of these Hebrew bandits and goat-herders, complete with burning bushes and golden hemorrhoids, is a useful guide as to what we should or should or should not do? To see intelligent, sensitive White men and women arguing over morality based on whether or not it agrees with this tangled collection of immoral nonsense is a truly pathetic and profoundly saddening sight. It is a dead end from which we must escape to survive.

I suspect that a huge contingent in the atheist camp consists of people who are simply libertines, who have never given more than a moment’s thought to philosophy or truth and who are primarily motivated by a desire to escape all morality, and to engage in unlimited perverted and/or promiscuous sex and to ingest recreational drugs at will and with untrammeled abandon. They favor the “nothing” alternative. They don’t want any stinking morality at all, and the Bible is easy to debunk, so they love the false dichotomy of “the Bible or nothing.”

And I also suspect that a substantial contingent in the Christian camp consists of people who know very well that there never were any burning bushes or magic loaves and fishes, but who are simply repelled, as I am, by the personally and socially destructive ways of the libertines. And they see no way to oppose them but through the Bible. They too favor the false dichotomy of “the Bible or nothing,” because they see it as uniting all the opponents of “nothing,” all the opponents of “do what thou wilt,” all the moral forces, in the cause of good. They fail to see the fatal flaw in basing one’s guide to action, one’s definition of sin, on confused ravings that our deepest thinkers, some of our most inherently moral men and women, cannot possibly take seriously.

But we need not choose between the nothingness of the libertine atheists and the confused scriptures of the revealed religions. There is a third way.

Cosmotheism is not a revealed religion. It is instead a natural religion, in that it rejects all of the claimed supernatural and unverifiable communications between a putative deity and man which find their way onto shining golden plates or ancient scrolls, instead having its basis in the realities of Nature that our eyes — and the investigations of science — have confirmed. In the drama of the evolution of life from non-living matter, and of higher and more conscious beings from lower forms of life, we Cosmotheists see a path of purpose and destiny for us.

To Cosmotheists, the whole of the Universe is the Creator, and the Creator reveals truth to us through the very structure of the Universe itself. The real word of God is not Genesis, Exodus, Leviticus, and Numbers, nor even Matthew, Mark, Luke, and John — no. No indeed. The real word of God is mathematics, physics, and genetics. These are “words” which cannot be faked or mistranslated. Unlike the ever-shifting words of man-made books and priestly interpretations, the structure of the Universe and the laws of Nature, especially the laws governing evolution, are beyond priestly or political machinations. They were there since the beginning of time, awaiting the moment when we had evolved enough to find and understand them. These laws are truly eternal, truly divine, and few things are more immoral and disgusting than twisting them or suppressing them so that we can hold on to an unworthy ancient book that was never even ours to begin with.

For Cosmotheists, nothing is more evident than that the Universe is ever-evolving toward higher and higher levels of consciousness. From the emergence of galaxies, stars and solar systems from undifferentiated matter; from the first DNA molecule that could reproduce itself to the infinitely more complex paramecium and the giant Redwood trees of the California forest, to the minds and souls of Leonardo da Vinci, Edgar Poe, Pythagoras, Pierce, and beyond — consciousness, self-knowledge, and the purposeful organization of matter and spirit, are all increasing through time. The law of entropy says that the Universe is winding down, ultimately back toward undifferentiated matter. The law of life and evolution, however, shows that a new force — one that now holds in its hands the power of conscious evolution — has entered the field: the force of conscious life. And this new force may well be that which sets Universes themselves in motion and gives them birth.

From these truths and realizations we can determine our purpose, and our definitions of virtue and sin.

The evolution of the European race — the only Earthly beings to break the bonds of Earth and set themselves and their works on the faces of other worlds, the race which led all the discoveries of not only the outer Cosmos of the stars but the inner cosmos of the cell, the atom, and its constituent parts — our evolution is an important step in the development of the consciousness of the Universe and the discovery of all that is yet to be discovered. It is a sin that defines all the other sins, an evil of unimaginable proportions, to set us back on our path.

Therefore no single sin is greater than the mixing of our blood with other races, for it is the erasure of tens of thousands of years of the divergent evolution that has made us what we are and what we are yet to become.

Therefore it is a sin to preach doctrines that encourage us to be childless in a competitive human world, to reduce our birthrate below replacement levels, and to cede our living space to other races.

Therefore it is a sin to publicly encourage homosexuality or other forms of sexual expression that do not lead to the entry of new members of our race, the entry of new White souls, into the Universe — for we are mortal — we live only a few decades at best — and if we are able and worthy we must take part in the creation and nurturing of our replacements.

Therefore it is a sin to construct a society — be it called Marxist or capitalist — which bases itself primarily on the accumulation and distribution of money and goods by classes or individuals, and not upon the security and continued upward evolution of the race as a whole.

Therefore it is a sin to say that a woman raped by a non-White may not cleanse the product of that unholy assault on her, and on our race, from her body — but it is even more a sin to teach Woman that her “most sacred right” is to slay her own healthy White child in the womb, and facilitate such unspeakable sickness through science and law.

Therefore it is a sin for our people’s media of art, drama, news, information, and entertainment to be controlled by any alien group, especially an alien group which works for our destruction.

And, dear listener, it is therefore also a sin for any member of our race who knows these things to do nothing about them.