First published in 1965, this 80-page 2009 second edition is introduced by Dr. E.R. Fields. Smith asserted in the 1960s that “There are differences between the races that if amalgamated would drag the U.S. into the wake of civilizations which have perished”. He continued “My thesis is that America should remain a predominantly White country as was founded by White men as an extension of European civilization. Presently America is being overwhelmed by the cult of liberalism which is at the root of America’s turmoil and decline.”

Condition Note: Very good but with rust on staples 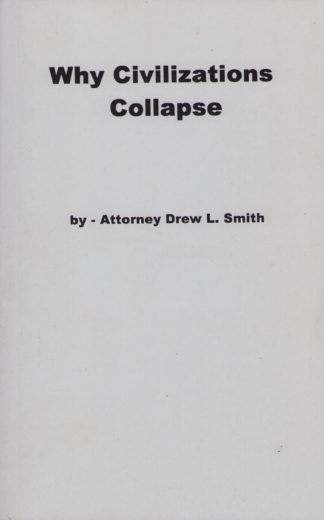 You're viewing: Why Civilizations Collapse by Attorney Drew L. Smith $26.00
Add to cart