War and the Breed by David Starr Jordan (Hardback)

The Relation of War to the Downfall of Nations

“This book is written to show the relation of war to the downfall of nations. The certainty that war leads toward racial decadence by the obliteration of the most virile elements, these being thereby left unrepresented in heredity, is becoming widely accepted as the racial argument against the War System of the world, standing second only to the final argument of the human conscience that murder remains murder even when done on a gigantic scale under the sanction of the state and the blessing of the church.” David Starr Jordan.

David Starr Jordan (1851-1931) was a noted educator, scientist and peace activist. Educated at Cornell University, Butler University, and the Indiana University School of Medicine, he became the President of Indiana University in 1885 – the youngest university president in the nation at the time. Six years later, he accepted the post of President of Stanford University in Palo Alto, California, where he remained, first as president and later as chancellor, until his retirement. Dr. Jordan was a renowned expert in many fields. His training was mainly in ichthyology, the study of fish, and he was widely regarded in that field. He served as an expert witness on the validity of the theory of evolution at the Scopes trial in Tennessee. In addition, he was known for his work in education and philosophy, publishing many works on those subjects. 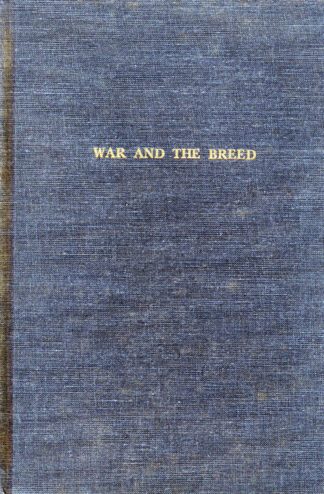 You're viewing: War and the Breed by David Starr Jordan (Hardback) $25.00
Add to cart