The History of Alexander by Quintus Curtius Rufus

Syria, Persia and India, who was perhaps the most successful conqueror the world has ever known. Yet, although no other individual has attracted so much speculation across the centuries, Alexander himself remains an enigma.”

Rufus’ history offers a great deal of information unobtainable from other sources of the time. A compelling narrative of a turbulent era, the work recounts events on a heroic scale, detailing court intrigue, stirring speeches and brutal battle — among them, those of Macedonia’s great war with Persia, which was to culminate in Alexander’s final triumph over King Darius and the defeat of an ancient and mighty empire. It also provides by far the most plausible and haunting portrait of Alexander we possess: a brilliantly realized image of a man ruined by constant good fortune in his youth. 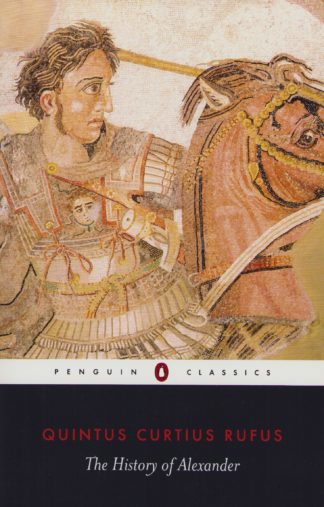 You're viewing: The History of Alexander by Quintus Curtius Rufus $16.00
Add to cart