At the time it was launched (1998), Amazon’s founder Jeff Bezos vowed that the online retail platform would offer “the good, the bad and the ugly” so that its customers were able to but any book that was legal to print.

By 2017, Amazon was the largest book retailer in the United States with 50% of the national market. In March of that year and under pressure from Jewish groups, Amazon took its first steps into the world of censorship by banning more than 100 books dealing with dissenting viewpoints associated with The Holocaust. This came after a number of threats were made against Jewish targets in the United States with Jewish groups and the media quick to point the finger at patriots. However, just weeks later it was revealed that the threats had originated in Israel. This development didn’t lead to a reversal on the part of Amazon; on the contrary they began banning books critical of Judaism, or Jewish history, more generally, as well as forcing their subsidiaries to impose the same bans and then pressuring book distribution companies to impose those bans at the global level. 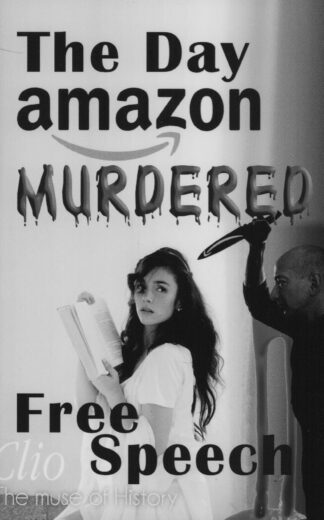