The Last Battle – the absolute hypocrisy of the Allied trials of the German “war criminals” is documented by the master researcher and historian David Irving using unpublished diaries of the judges, lawyers and accused. FDR insisted we “castrate the German people.” Stalin wanted 50,000 executed, Eisenhower wanted punishment beyond the death penalty 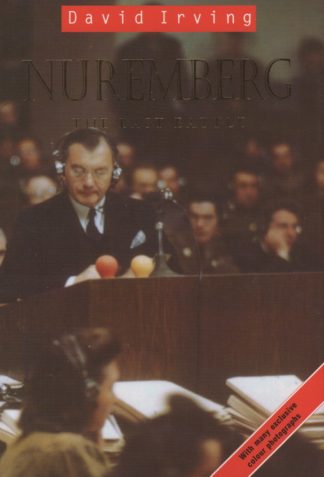 You're viewing: Nuremberg: The Last Battle by David Irving $30.00
Add to cart