Hornblower is captured by the French and faces execution in a Paris prison in this “most satisfying” chapter (Times Literary Supplement) in C. S. Forester’s beloved naval adventure series.

Forced to surrender his ship, the Sutherland, after a long and bloody battle, Captain Horatio Hornblower now bides his time as a prisoner in a French fortress. Within days he and his first lieutenant, Bush, who was crippled in the last fight, are to be taken to Paris to be tried on trumped-up charges of violating the laws of war, and most probably executed as part of Napoleon’s attempt to rally the war-weary empire behind him.

Even if Hornblower escapes this fate and somehow finds his way back to England, he will face court-martial for his surrender of a British ship. As fears for his life and his reputation compete in his mind with worries about his pregnant wife and his possibly widowed lover, the indomitable captain impatiently awaits the chance to make his next move. 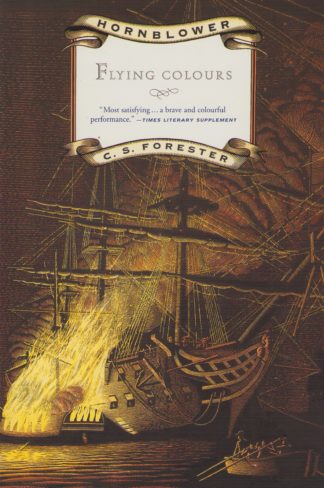