We again find Captain Horatio Hornblower in this the 9th volume, chronologically, of the Hornblower Saga, off on a new adventure to the Baltic in 1812, when Napoleon’s army marches into Russia. He comes through raids, assignations, a siege, an attempted assassination by a member of his crew , and typhus, seeking success but not notoriety, while his introspection sometimes overwhelms him. According to his biographer, Hornblower’s swift actions using ungainly bomb-ketches, landed marines and his naval insight for strategy and tactics probably had major influences on the retreat of Napoleon from Russia. Another great read. 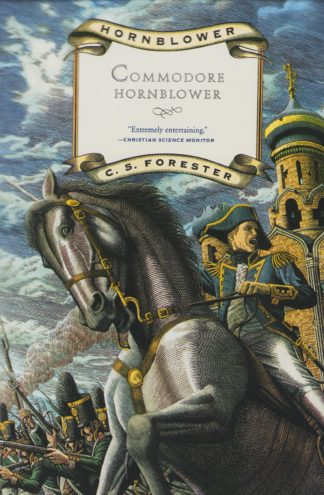 You're viewing: Commodore Hornblower by C.S. Forrester $10.00
Add to cart