Hornblower: Beat to Quarters by by C. S. Forester

June 1808, somewhere west of Nicaragua — a site suitable for spectacular sea battles. The Admiralty has ordered Captain Horatio Hornblower, now in command of the thirty-six-gun HMS Lydia, to form an alliance against the Spanish colonial government with an insane Spanish landowner; to find a water route across the Central American isthmus; and “to take, sink, burn or destroy” the fifty-gun Spanish ship of the line Natividad or face court-martial. A daunting enough set of orders — even if the happily married captain were not woefully distracted by the passenger he is obliged to take on in Panama: Lady Barbara Wellesley. 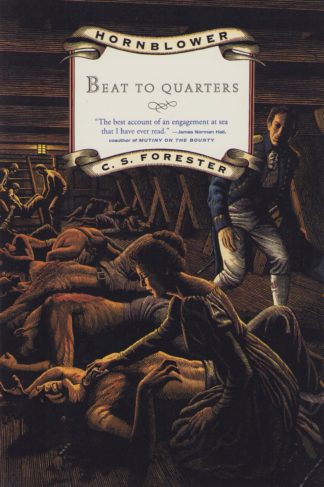 You're viewing: Hornblower: Beat to Quarters by by C. S. Forester $10.00
Add to cart