In 1931, after a visit to Berlin, Lewis published Hitler (1931), a book presenting Adolf Hitler as a “man of peace” whose party-members were threatened by communist street violence. His unpopularity among liberals and anti-fascists grew, especially after Hitler came to power in 1933. 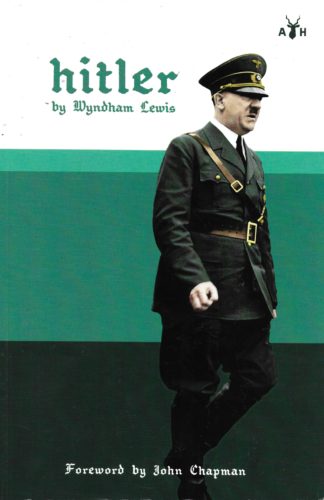 You're viewing: Hitler by Wyndham Lewis $18.00
Add to cart