Don Juan in Hell: From Man and Superman by George Bernard Shaw

An episode from Act Three of Man and Superman, “Don Juan in Hell” is often presented independently of the rest of the play. Rooted in the Don Juan legend — particularly as it appears in Mozart’s opera Don Giovanni — this dream sequence forms a play within a play. It consists of a dramatic reading in which three characters from Man and Superman appear in archetypal guises: Don Juan, the libertine turned moralist; Doña Ana, the eternal female; and the Commander, a hypocrite transformed into a statue. The Devil himself joins their spirited debate on the nature of heaven and hell, of good and evil, and of human purpose, for a captivating blend of Shavian wit and Nietzschean philosophy 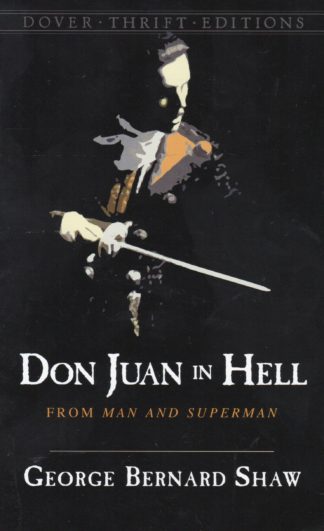 You're viewing: Don Juan in Hell: From Man and Superman by George Bernard Shaw $6.00
Add to cart