Brave New World is a novel written in 1931 by Aldous Huxley and published in 1932. Set in London in the year AD 2540 (632 A.F.—”After Ford”—in the book), the novel anticipates developments in reproductive technology, sleep-learning, psychological manipulation, and classical conditioning that combine profoundly to change society. Huxley answered this book with a reassessment in an essay, Brave New World Revisited (1958), and with Island (1962), his final novel. In 1999, the Modern Library ranked Brave New World fifth on its list of the 100 best English-language novels of the 20th century. In 2003, Robert McCrum writing for The Observer included Brave New World chronologically at number 53 in “the top 100 greatest novels of all time”, and the novel was listed at number 87 on the BBC’s survey The Big Read. What if the future was a tyranny, but one cleverly person intended to keep the mass of society unaware of this? The people would be provided with several distractions, daily life would be ruled by sex and drugs, and pervasive mass media would suppress the possibility of any original thought: in such a society the ruling elite would not need to fear any kind of rebellion. If you think that Huxley’s vision seems to be the way things are in fact turning out, you’re not the only one! 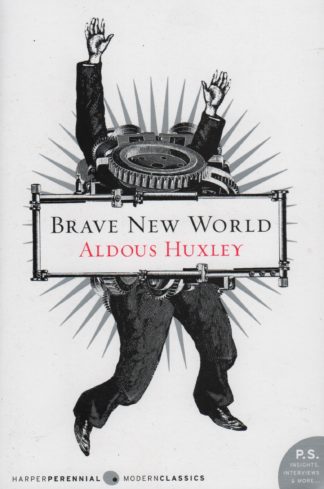