At the gates of Moscow, Napoleon’s Grand Army prepares to enter in triumphal procession. But what it finds is a city abandoned by its inhabitants – save only the men who emerge to fan the flames as incendiary fuses hidden throughout the empty buildings of Moscow set the city alight. For three days Moscow burned, while looters dodged the fires to plunder and pillage. And so begins 1812: Napoleon in Moscow, Paul Britten Austin’s atmospheric second volume in his acclaimed trilogy on Napoleon’s catastrophic invasion of Russia.

Drawing on eyewitness accounts this study recreates this disastrous military campaign in all its death and glory.

1812: Napoleon in Moscow follows on from the brilliant 1812: The March on Moscow, which took Napoleon’s army across Europe to the great city. Paul Britten Austin brings this next phase of the epic campaign to life with characteristic verve. Drawing on hundreds of eyewitness accounts by French and allied soldiers of Napoleon’s army, this brilliant study recreates this disastrous military campaign in all its death and glory. 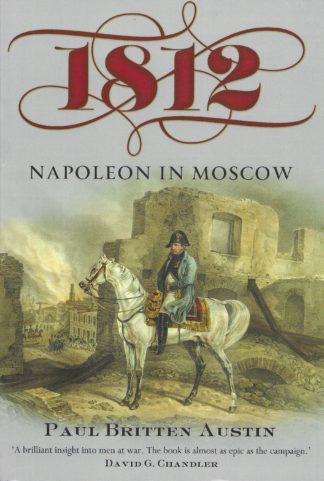