Voices of the Scandinavian Waffen-SS by Jonathan Trigg (Hardback)

The Final Testament of Hitler’s Vikings

At the beginning of World War II, Nazi Germany invaded and occupied Denmark and Norway, but left neutral Sweden alone. Less than a year later citizens from all three of those Scandinavian nations volunteered to join the Nazi Waffen-SS and go and fight on the newly-formed Eastern Front against Stalin’s Soviet Union. By the end of the War in 1945 the number of Scandinavians who had fought in the Waffen-SS had reached the thousands. Casualties were high, but there were survivors and they returned home, often to face retribution and condemnation. This book is about the war they fought in their own words—their last testament before they are all gone. Many volunteered through a deep hatred of communism. Some, of course, simply believed in Hitler’s vision of a new world order, while others were just young men with a craving for adventure. Jonathan Trigg has interviewed some of the last living survivors who tell their story with absolute truthfulness. 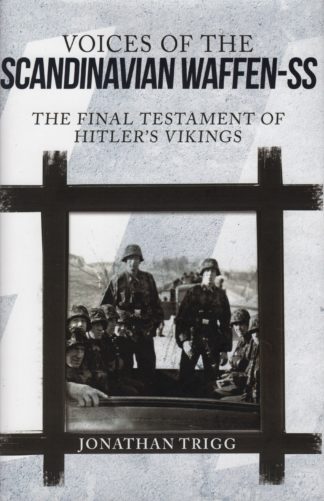 You're viewing: Voices of the Scandinavian Waffen-SS by Jonathan Trigg (Hardback) $30.00
Add to cart