Tim McVeigh’s attorney, Stephen Jones, presenting evidence that the jury in the McVeigh case – and the American people – never got to facts pointing to a major conspiracy behind the Oklahoma City bombing -including possible foreknowledge of the conspiracy by federal undercover intelligence operatives

Be the first to review “Timothy McVeigh: Mastermind or Patsy? by Stephen Jones” Cancel reply 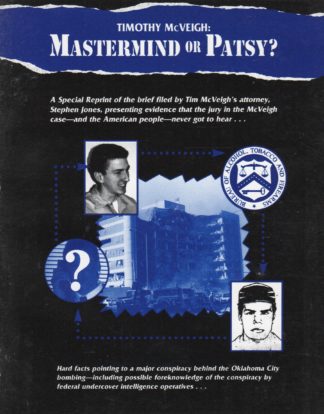 You're viewing: Timothy McVeigh: Mastermind or Patsy? by Stephen Jones $8.00
Add to cart