The World Conquerors by Marschalko Louis

World Conquerors expresses some of the bitterness and contempt of enslaved Europeans for the rulers of the ”victorious nations.” It shows that by being urged to throw off the German yoke, the central European nations were tricked into becoming satellites of the Soviet Union. World Conquerors indicates the real war criminals. It gives horrifying glimpses of the agony behind the Iron Curtain and describes the plot to extend the slave system to the Western world. Thousands of copies of the Hungarian edition have been sold and this English translation is published to warn the West. It is written by one who is a firm friend of the English-speaking people but an implacable foe of their vacillating and corrupt governments. 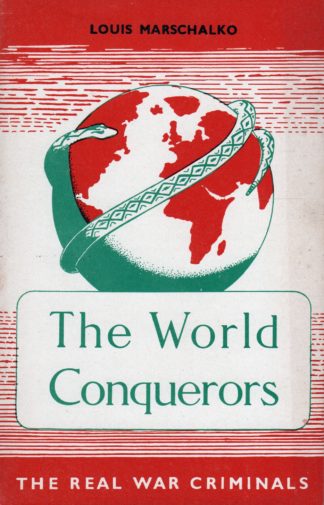 You're viewing: The World Conquerors by Marschalko Louis $25.00
Add to cart