The Ring of The Nibelung by T. Darren

The Ring of The Nibelung – The Rhine-gold and The Valkyrie

A treasure is taken by force. The Rhine-gold has been fashioned into a ring of dominion! Thereafter, crime after crime is committed in vain attempts by gods and mortals alike to possess its power of influence. However, each attempt must be paid for by crushing personal loss that serves only to drive the pursuer ever more fiercely to possess the cursed artifact. In the heart of this web of tragedy, a god struggles with the destiny that he himself had wrought for his kind. Having touched the Rhine-gold, no peace is possible for him until he has won the weapon that he hopes to wield in the struggle to avert ultimate disaster to the gods. As his schemes to regain the lost treasure become ever more complex, his losses become ever more terrible. Unheeding of the price revealed to him, he rages on until he has to ask: is the prize worth the loss of his mortal son and his immortal daughter?

Be the first to review “The Ring of The Nibelung by T. Darren” Cancel reply 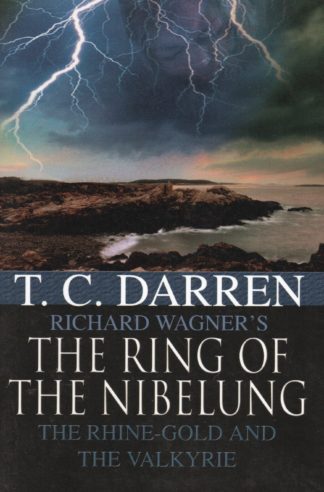